IIt also knows as the Metropolitan Cathedral, it was in Santa Maria La Antigua del Darien, then moved to Panama Viejo in 1520, burned in 1644 and rebuilt in 1652. After the pirate’s pillage and the fire, it was built in the New City in 1674 and then 1688, it burns 3 times and one suffers an earthquake. It was consecrated in 1796 and it was elevated to Minor Basilica in 2014. It was declared a National Historic Monument in 1941.

It has stone walls, 2 towers plated in mother pearl, 1 crypt of the bishops, it has inherited objects of the Santa Maria La Antigua de Darien Church, has marble altarpieces, on the facade has the apostles carved in wood, the main altarpiece is made of wood.

Its stairways have witnessed historical events, and this is the church where state funerals take place.

Interesting facts: contains the cross of Pope Leo XIII (promises 100 days of indulgence to who pray an Our Father and kiss it), the 7 steps remind us of the deadly sins and the entrance to the temple reminds us the repentance, its towers became the highest in Latin America.

Consecration of the new altar: January 26, 2019 by Pope Francis on the visit for World Youth Day.

This Colonial Church was the only one that did not burn during the pulling of the pirates, this is because it was the barracks of the pirate Herny Morgan and this protected him from the flames (Panama Viejo). When a new city was built, 1680, the temple was carried stone by stone and maintained the same structure as its predecessor. It is a National Monument since 1956.

It has 2 chapels, one dedicated to the Virgin of the Chapel, where the first masses were held, the painting inside was before in Panama Viejo and the other chapel is a Mausoleum. The bells have the names: Nuestra Señora de La Merced, San Serapio, San Pedro Nolasco and San Ramon Nonato. One of the things more interesting is its wooden columns and its original colonial roof. The church also has a museum with documents and religious objects.

Its construction dates back to 1688. It is saved from the fire of 1737 and provides academic services, but it has considerable damage in the fire of 1756. After being restored, it becomes the Sanctuary of the Cathedral. It was burned 3 times: 1756, late eighteenth century and 1854. Since 1960´s the construction has the actually form, a school conceals its front. It is National historical moment since 1980.

What to see? Its pulpit is from the colonial era, you can still see what were its floors and paintings on the wall, the bell tower is mother of pearl, the design on the roof has been restored. It has a permanent Nativity Scenes.

It was occupied by:

It was used as: cathedral seminary school, hospital for priests, boarding school for orphans, San Felipe youth center, university residence and home for the elderly.

Colonial Church, founded in 1612 (Panama Viejo), was totally burned in the attack of the pirates and built between 1671 and 1675 in the New City. It belonged to the order of the Augustinian Recollect Religious.

The convent was sold in 1855 and after a law, the Augustinians left and it was converted into a college chapel in 1861. It was in ruining in a fire in 1737, but it was rebuilt. In 1898, the Augustinians returned to the country.

Gold altar: it is a wooden ornament with gold (Baroque altar carved in mahogany), although much is said about the attack of the pirates and this altar, the truth is that it was not until 1915 when it was covered with gold. According to one of the legends, a Fray covered the altar with paint to mislead the pirate Morgan, who on arrival thought that the place was poor and even the Fray asked him for alms, to which the pirate did not refuse.

Within the Church is, permanently, the Nativity Scenes was previously in Albrook Mall.

Built in the seventeenth century, almost destroyed by the fires of 1737 and 1756, its current structure is from 1918, like many churches in the Casco Antiguo, it had a monastery.

In the beginning, it was made of stone, then It had been remodeling, however, it maintains the original foundations, some elements and walls.

It was used as: hospital of the Amphictyonic Congress, headquarters, Augustinian school and the Bolivar Institute. There was also the first Constituent Assembly.

One of the anecdotes I have of this temple, before restoration, I get to climb its tower, praying that the ladder will not collapse, it was so deteriorated.

Also, it´s knowns as the Chapel of the Presidency, its access is restricted, but it can be visited as part of the 7 churches on Good Thursday and Good Friday, that´s depend if the authorities allow it.

Consecrated in 1764. It does not belong to the Casco Antiguo, however, due to its proximity, it is used as part of the visit to the 7 churches on Holy Thursday. Its construction is due to the Count of Santa Ana who donated the moneys, was consecrated in 1764. It suffered a fire in 1854 and was rebuilt. In 1980, it was declared a National Historic Monument.

It is currently in ruining. Built in 1741, the goal was to have a school, it also became a university. It was destroyed in the fire of 1781 and then with the earthquake of 1882. It is not possible to enter, but it can be seen from outside.

My visit on Good Friday

This year I wanted to visit the 7 churches, I had very little knowledge of the subject, since in my family it is not tradition, but talking to a person who told me that it was better on Friday because it was the Monument to the Blessed Sacrament. I went on Friday morning. I give you some recommendations based on my experience: 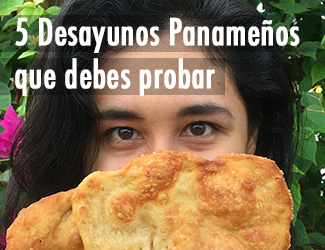