Near Panama City there is a small trail with a stream, where swim is allowed, that is the El Charco Nature Trail. It is in the Soberanía National Park, it is easy to get there and also to explore it.

I really wanted and was curious to see this trail, so I wrote to Mi Ambiente to make a …read more.

Little by little we arrived at the meeting point, a mini square, …read more.

Mi Pueblito is a small place in Panama City, where a countryside community, the Afro-Caribbean and indigenous houses (currently… read more.

El Chorrillo Tour, the Popular Neighborhood, Will It Be Dangerous?

In recent days, I did a two-for-one tour, hehehe, the Casco Antiguo Free Walking Tour and El Chorrillo Tour. In my case, this tour was free, since it was an activity for a gift collection…read more.

The Emberá Druá Community is one of the indigenous communities of Panama, where one can go and learn a lot about their culture, ancient customs and more.

This is the community where I have had the best experience at the moment and it is the one I recommend visiting the most. Besides that it is very…read more.

The place dates from the 18th century, is in the Baroque style and has been… read more.

A Visit to Panama History Museum

Panama History Museum is inside the Palacio Municipal (Municipal Palace), on the low floor, the museum is not very large, but it is large enough to remember and understand some of the history of this...read more.

In Panama City there are more natural places to visit and one of them is El Peñón Hill, the highest site in North Panama and the second in the Capital. My adventure began at… read more.

The little beach of Chagres River is a sandbar, a huge sandbar, where it looks like a Caribbean beach, because it has no waves and is crystal clear.

Once we arrived I was very surprised, there were many people and it did not look full, how big it is, there…read more.

The Waterfall of the Chagres River

The Chagres River is very close to the capital, it belongs to the Chagres National Park, it flows into Lake Alajuela and has a lot to know, my first visit was with Machetrek, to see La Cascada (the waterfall), it does not have a specific name, it is only known as La Cascada, I… read more.

MUMO, the Mola Museum, recently opened and taking advantage of my visit to the Casco Viejo, I went to see it.

I was very surprised by how beautiful it is and everything it has, before continuing I clarify that the museum is specifically from the Mola… read more.

If you are visiting Panama and want to know a little about the history of the country, you can take a Free Walking Tour, and if you are Panamanian, you can go and see things that are not in the books and that one has passed nearby… read more.

Chapel of La Palangana, on a Colonial Path in Panama City

One day reviewing events on Facebook, I saw a group, Guarumo, was going to take a hike to visit the Chapel of La Palangana, which is near Alta Plaza Mall in Panama Province.

It caught my attention, because I did not know that this place existed, I had already heard of this group, but I had never been with them.

A colonial chapel near this Mall? Mmm is it true?… read more.

While doing the tour of the 7 Churches in Holy Week, I noticed that there was a new museum in the Casco Antiguo, it is inside La Merced Church (Our Lady of Mercy), La Merced Museum.

The La Merced Museum is beautiful, simple and contemporary, and it is also suitable for…read more.

Bolaños, Paradisiacal Island in the Archipelago of Las Perlas

The Archipelago of Las Perlas (Pearl Islands) is in the Gulf of Panama, it has 39 Islands and 100 Islets (One of them is Bolaños Island), and as you can imagine, there are or rather there were many pearls at the time of the conquest by the Spanish, the famous… read more.

As Panamanians, many of us know a little about the history of this place, although it is not so true, because unfortunately our history books have some errors, or at least I learned… read more.

A Visit to the Afro-Antillean Museum

Afro-Antillean Museum is dedicated to Afro-Caribbean history in Panama, located near to 5 de Mayo.

To be honest, I had not gone before, because I thought it was not open, that it had been closed, since every time I passed by, it gave me that impression, speaking with the guide, he told me that there are other people who have told her that. So even though it looks like it’s closed, get closer and push the door… read more. 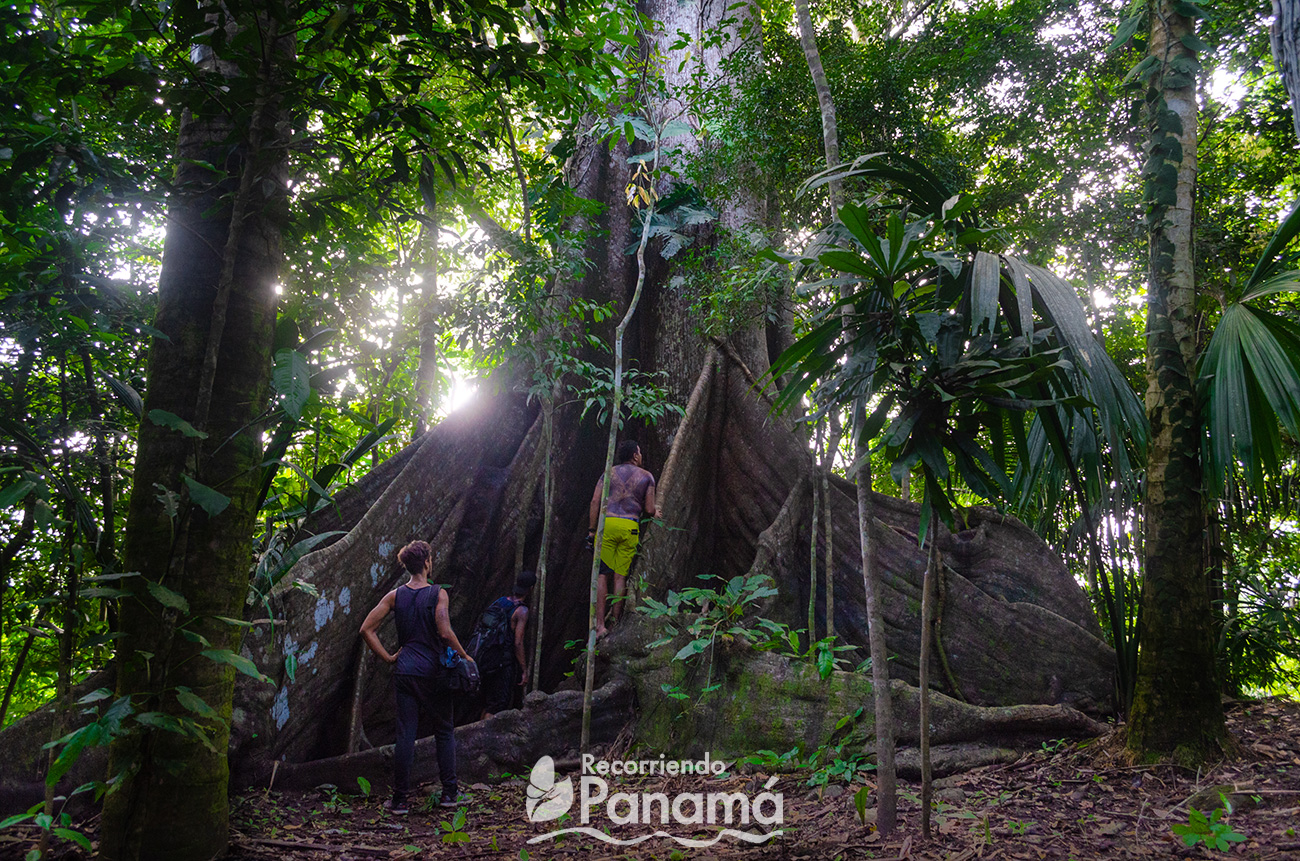 One of the things that can be done in the Embera Maje Cordillera community is a Night Safari, so, once we had dinner it was time to get ready.

We put on a lot of repellent, although they still bit me hahaha, we headed to the piragua to start the tour, all anxious with our…read more.

Emberá Majé Cordillera Community is on the Majé River that flows into Lake Bayano.

It is a simple community with very friendly people, willing to teach us their customs and tell us their… read more. 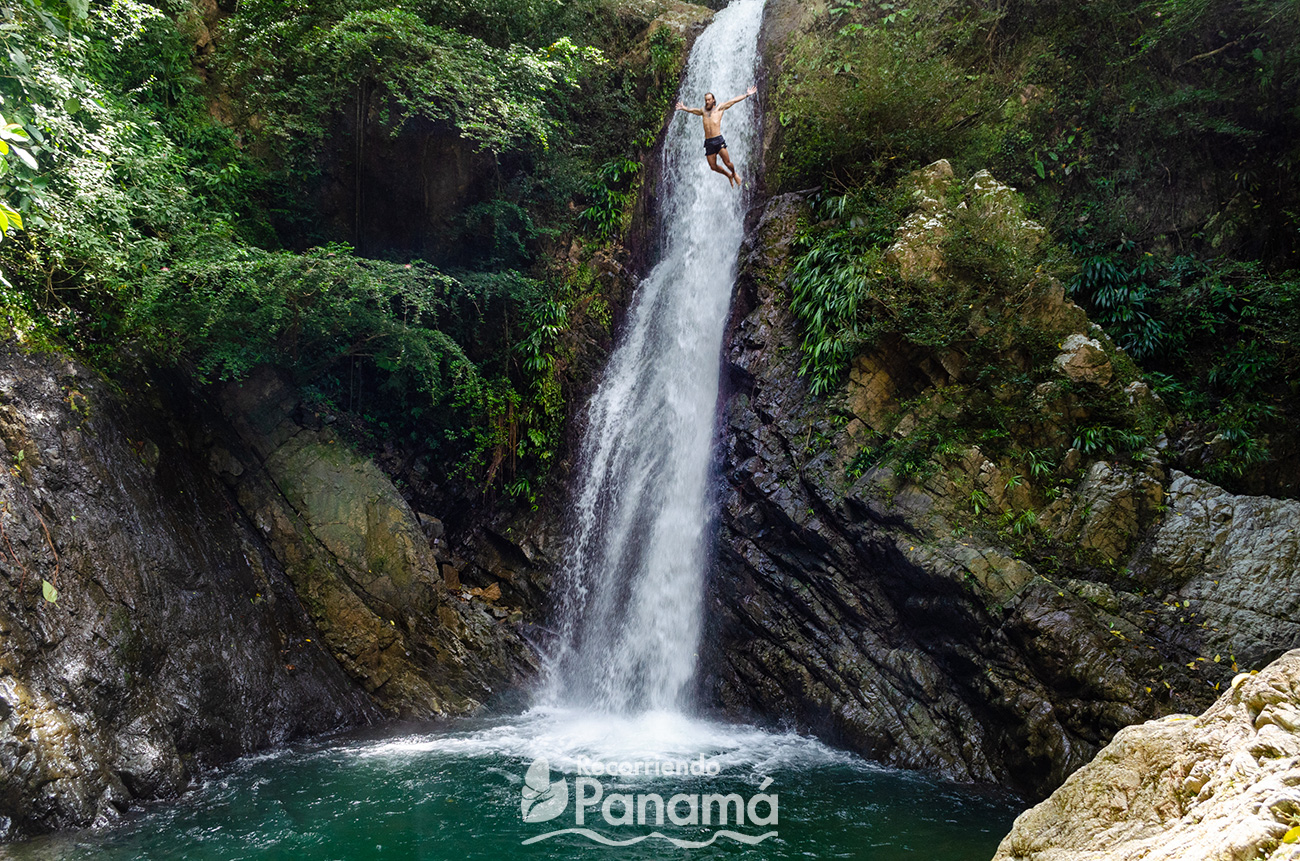 I was recently invited to visit Kalu Yala and the Jaguar Waterfall, and of course I said yes. The day began by looking for all the participants of this… read more.

Bayano Canyon is Like Being on a National Geographic Chapter

A place that is practically next to the caves, but that is done entirely by… read more.

Bayano Caves, is one of the best places I have visited in my life. For many years, I saw photos and even signed up for a tour, which due to nature…read more.

After about 30 minutes by car, arrive at the entrance, the beginning is…read more.

In Panama you can visit the 7 squares of Casco Antiguo, some of them were buildings that were victims of fires that left vacant lots and places that… read more. 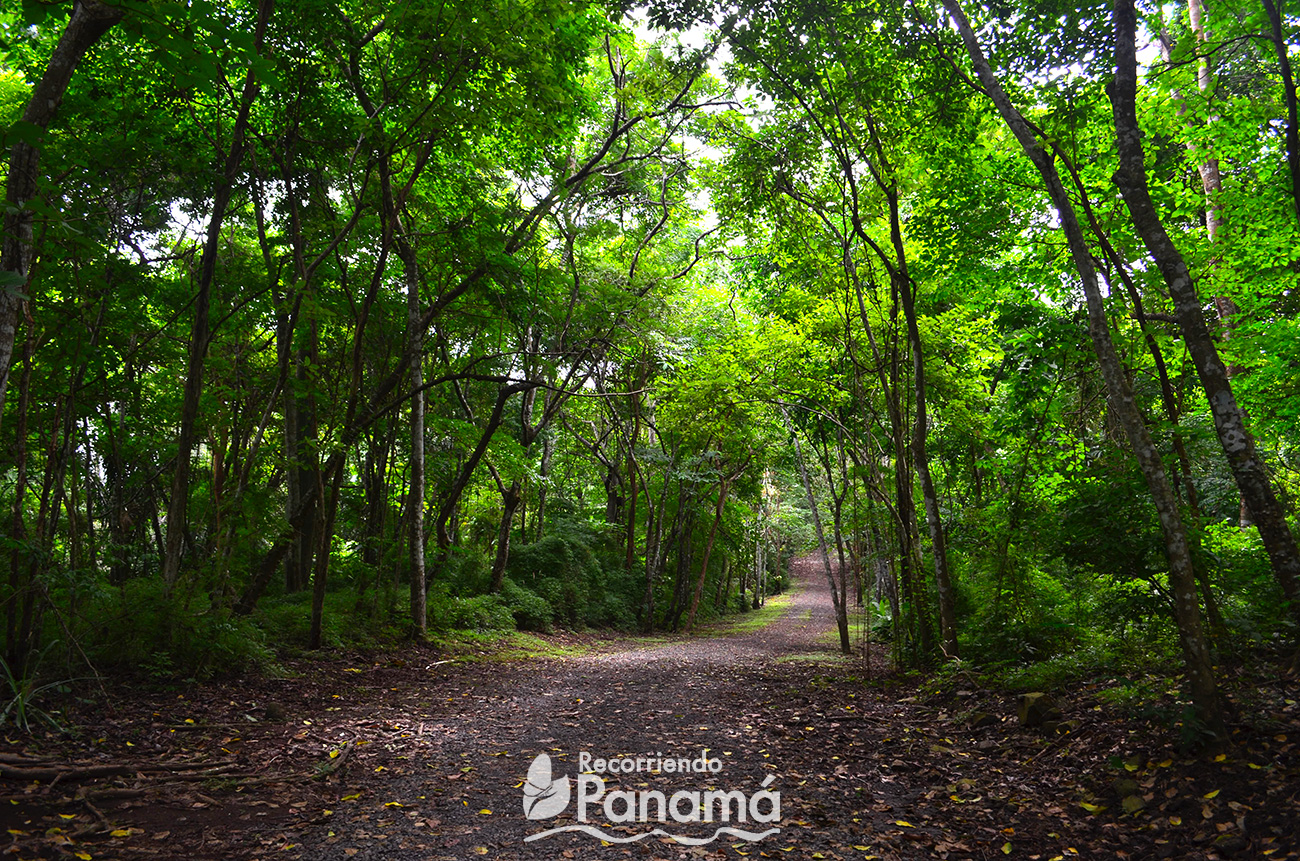 The Metropolitan Park is known as the Lung of Panama City, it has 7 beautiful trails to enjoy nature… read more.

Botones Museum, The Museum to see the Bilbo´s Button 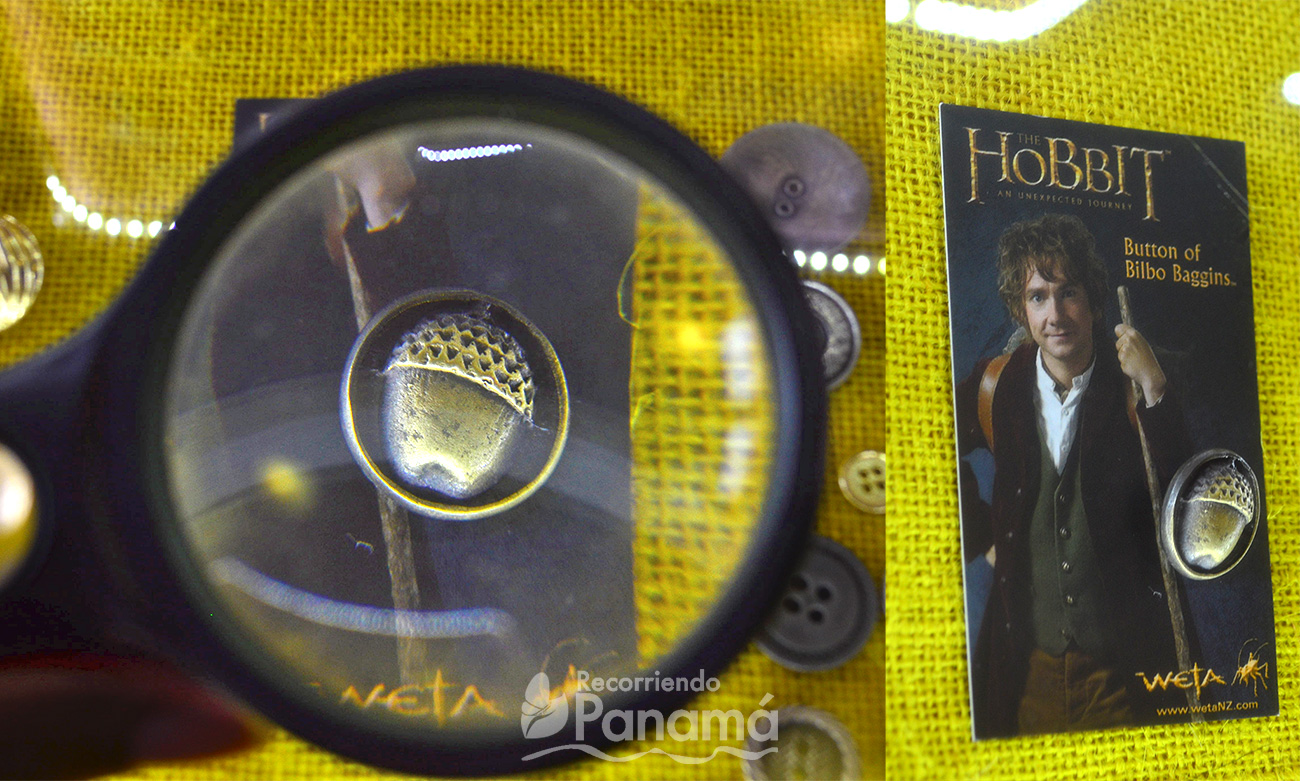 One of the things that I never thought to visit in my life, was a Destro Botones Museum (Button Museum) and unless it would fascinate me.

Its charm lies in the variety of materials and design. It is incredible how man has used his ingenuity to create them, depending on the circumstances in...read more.

Unique Experience Inside an Escape Room

Days ago I was invited to enter an Escape Room, I am not going to lie, I had no idea what it was, the intrigue was eating me inside, I was nervous, for some reason one imagines that it is something scary, when it is in reality, not…read more.

In the Casco Antiguo of Panama there were many congregations that built churches and convents.

First of all, the old Panama City was in Panama Viejo, but after the pirate’s pillage and fire with an attempt to save the city from pillage (1671), a New City was erected in Casco Antiguo.

Some of the churches and convents moved to the new city, others were built later…read more.

On Sunday I went to Casco Viejo in Panama Province and decided to enter to Interoceanic Panama Canal Museum (Museo del Canal Interoceánico de Panamá), many do not know it, but that day is free for Panamanians and residents.

I wanted to see what the difference was between Panama Canal Museum and Miraflores Visitor Center, because if there is a big difference…read more. 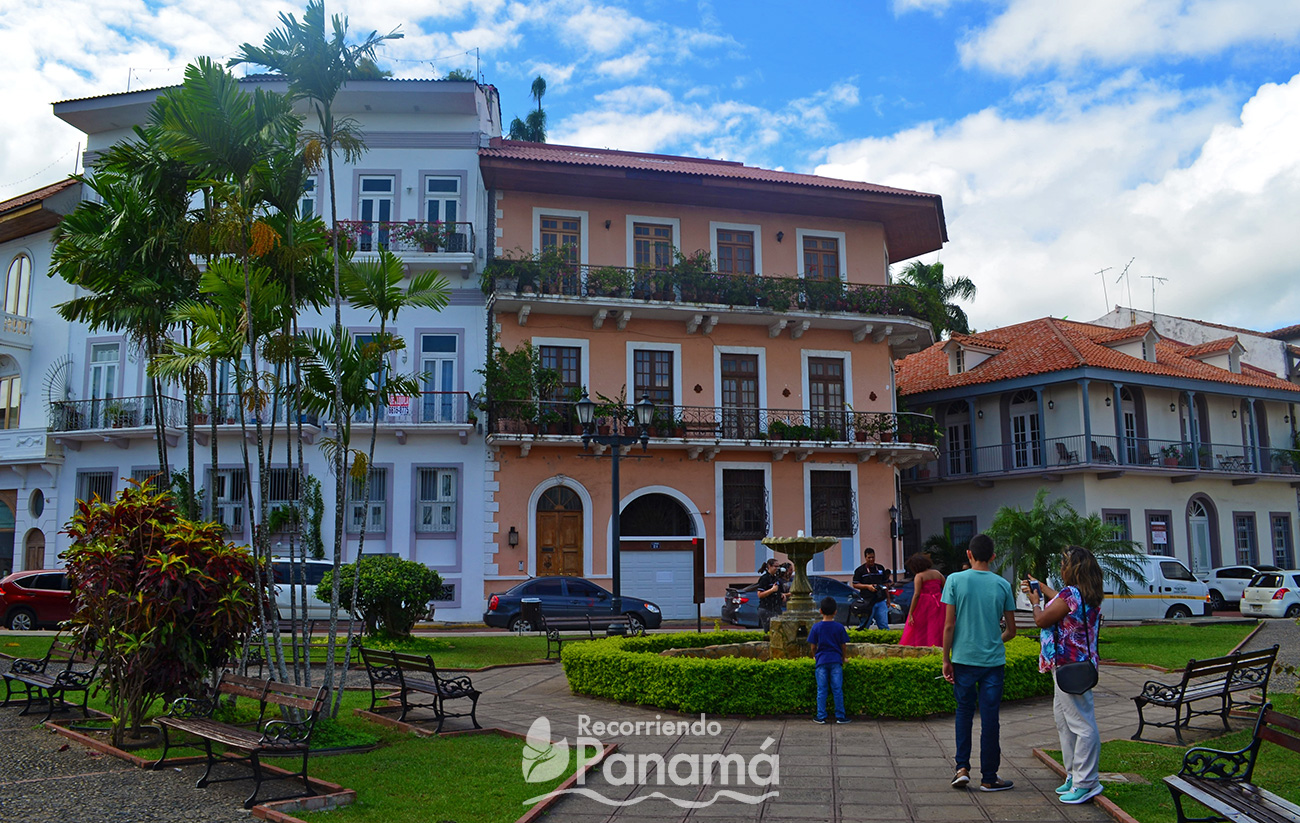 Panama is a place that offers a lot to residents and visitors, we love being able to show visitors something of what this beautiful country has and even though, there are places that require an admission cost, it also has others with free...read more.

Ancón Hill, Tropical Humid Forest and Viewpoint of the City

One of the things that one can do any day of the year is to climb Ancón Hill, National Historical Heritage, enjoy a hike and the beautiful views from the top, in addition, there is the largest flag of Panama.

It is the highest point in Panama City,… read more.

In the past days I ventured to visit Panama Canal, The Miraflores Visitor Center in Panama Province, by Metrobus and leave the car at home, being honest I was afraid to stop waiting for the bus, but I was surprised how fast and easy it was to get there, I saved the drive and...read more. 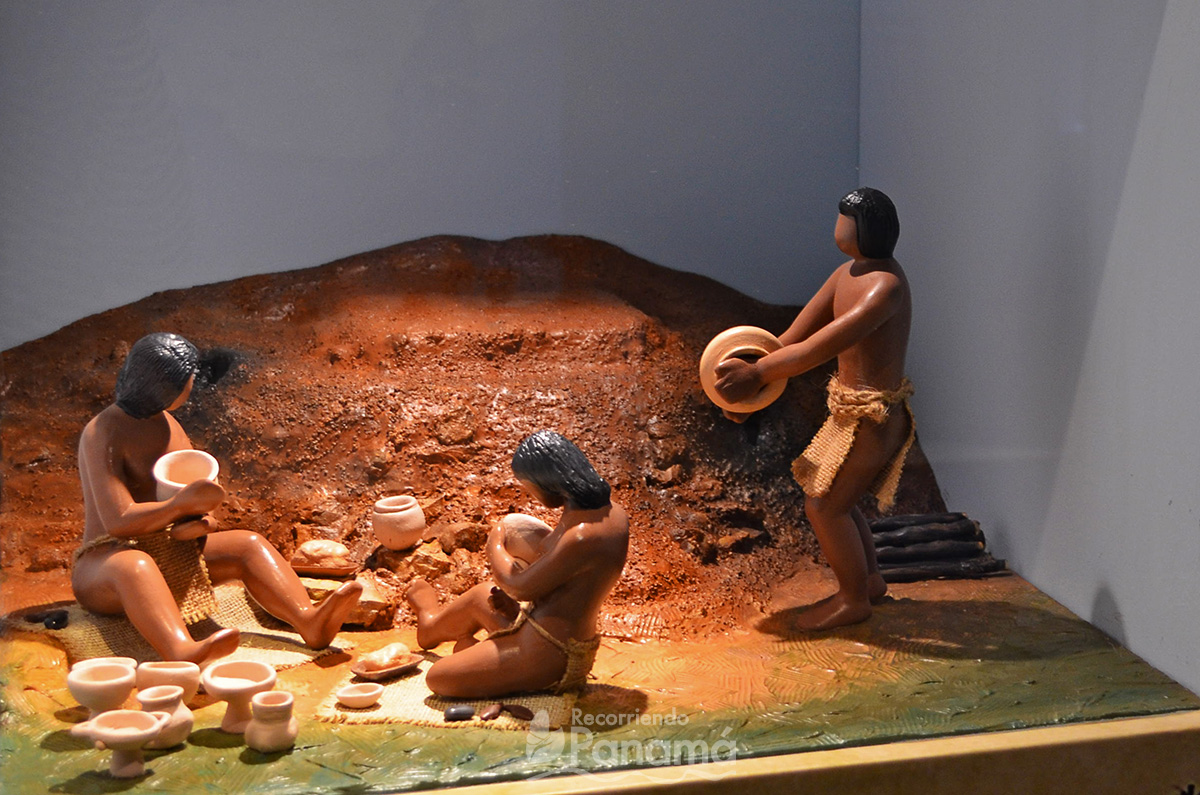 La Plaza Mayor Museum, Samuel Lewis Garcia de Paredes is located in Panama Viejo, Panama Province, it is a space where the archaeological site is interpreted, as the people of pre-Hispanic and Hispanic times live.

I just found out about the Mariposario Metropolitano (Metropolitan Butterfly Farm), I had wanted to go to one for a while and having one so close, I just had to go.

It was inaugurated in February 2017, it is located within the facilities of the Metropolitan Natural Park in Panama Province…read more.

After a few years, I went back to visit the Punta Culebra Nature Center in Panama Province, which I previously met through the Marine Exhibition Center.

It is located on the Calzada deAmador, also known as the Causeway on Naos Island in Panama Province…read more.

Knowing the Fascinating Biomuseo of Panama

At the Biomuseo of Panama you do not only learn about biodiversity, but also how the formation of the Isthmus of Panama made a great change in the world. Fauna, flora…read more.

Here you will find information about places in Panama that will help you when visiting this beautiful country. Jimara